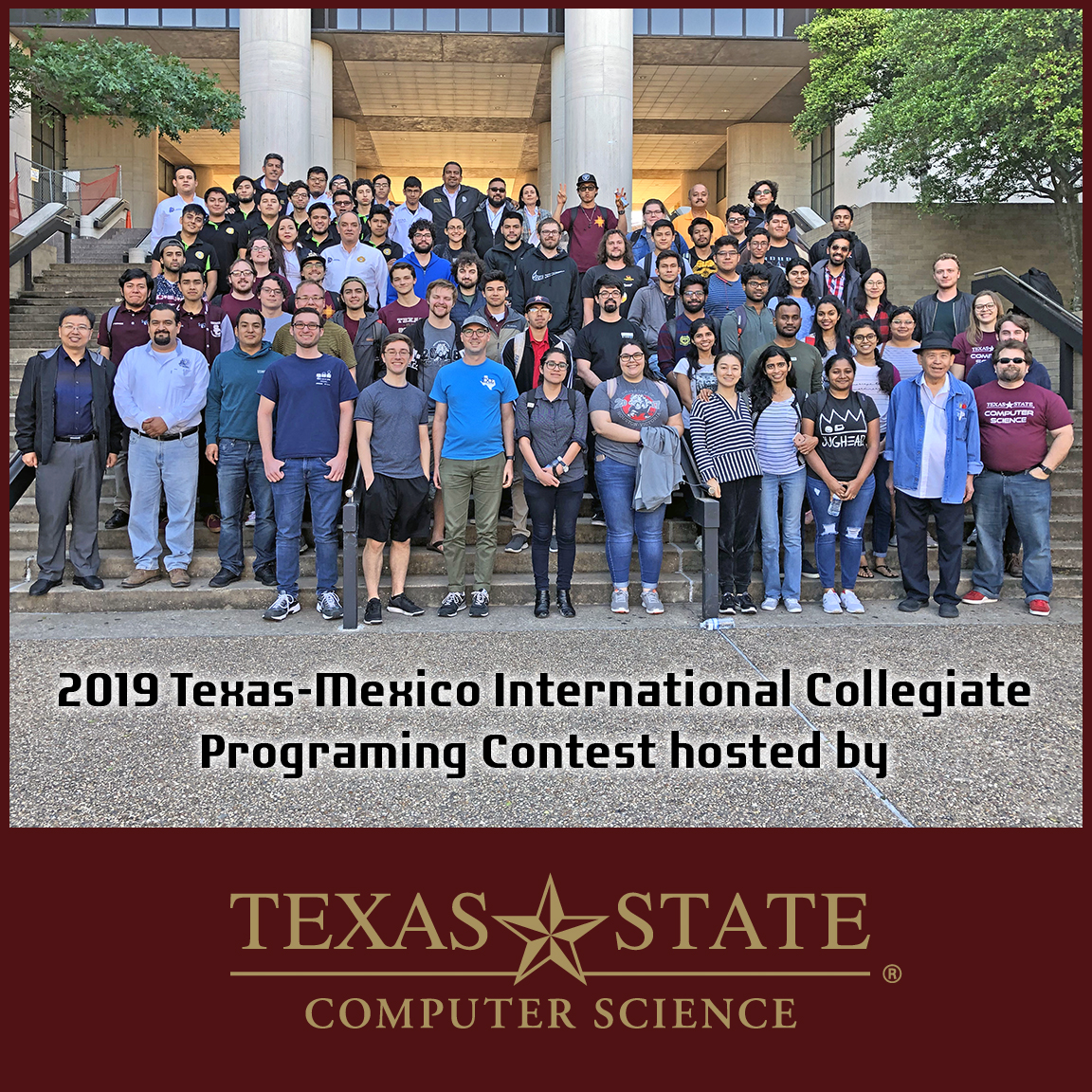 On April 13th, the department of computer science at Texas State University hosted the 2019 TxState Texas-Mexico Invitational Programming Contest at Derrick Hall. Twenty-five teams attended the event to show off their coding skills. This was an international contest that featured seven teams from Mexican Universities and one team from the University of Houston-Victoria (UHV). With over 70 participants, it was a record-smashing attendance.

During the event, the competing teams were given six problems to solve over a span of five hours. The problems represented a variety of algorithms, types, and difficulty levels. The winning team was able to solve five out of the six while second and third place was able to solve four out of the six. Winners were announced by Dr. Hwang, Dr. Zong, and Mr. LaKomski from the department of computer science at Texas State University.

This programming contest had been successfully organized for a few years before expanding from intra campus to inter campus to invite students from all over Texas and Mexico. The contest directors hope to continue growing the event in the future. Dr. Rogerio Da Silva, Assistant Professor of Gaming and Computer Science at the UHV, said, “It was the first time UHV participated in the event and the students absolutely loved the experience! We’ve already started training for next year. We are looking forward to it.”

This is a small modal.