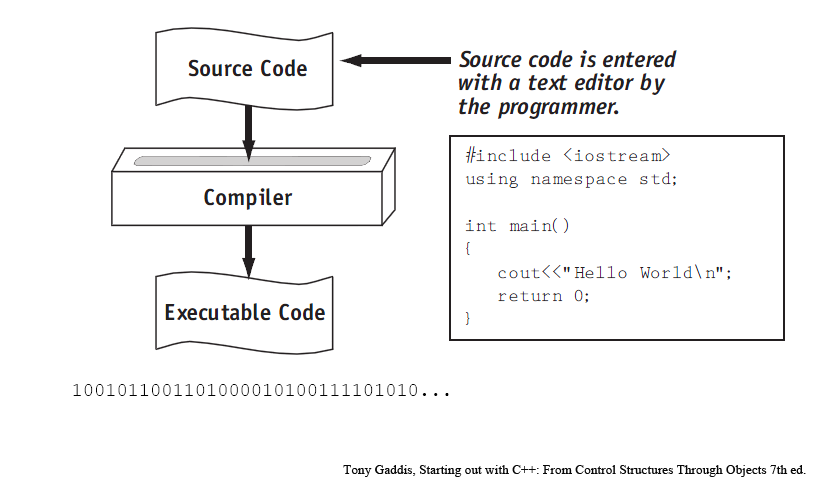 Lab 0 Lecture - Parts of a program

This is a working source file, so copy and paste the text into your IDE and run it. For the rest of the semester you will be downloading source files like this one that will demonstrate the weeks material. Make sure to compile and run them to see how the code works (press F9 in Code Blocks).

You're encouraged to modify and do your own testing to these programs as well. Comments You may have noticed that there are two '/' in front of each line so far. this is the way you let the compiler know that you are writing comments. comments are solely for the programmer to label and make notes about their code. Comments do not affect how your program will run.

Another syntax for writing comments is shown below where '/*' is the beginning of your comments and '*/' is the end as shown below. This can be useful for commenting out paragraphs. You may find commenting tedious, but it is extremely important to write * good comments so that you and others can more easily understand what is * going on. This is especially important when your programs get more complex.

We will come across several different types of data while programming. The computer uses these data types differently, so it is important to know which is appropriate to use. There are several basic data types provided by C++ programming language called primitive data types (also known as fundamental data types).

You may have noticed that there are two floating point data types 'float' and 'double'. Their only difference is the amount of memory they use to store the data. Double type data uses twice the memory as float type and thus is more precise when calculating small fractions.

This is a small modal.